Take milk with your rooibos? Fancy some pap with your wors? Brave enough to try some skop or mashonzha? Brush up on your culinary vocabulary with our quick list of indigenous South African food terms and what they mean.

Imported to South Africa by migrant Indians, achaar is a pickle made of mango and oil – comes spiced. Eaten in excess, it could trigger an offensive smell of the armpits. A hoof of a cow, pig or sheep. It is boiled, then spiced for taste. It is very delicious but sticky.

Dried and salted raw meat similar to the beef jerky made in the USA. An older Afrikaner delicacy, can be made of ostrich, beef, kudu or anyother red meat. (See Biltong recipe here) Of Malay origin, made with minced meat and curried spices. An egg sauce is poured on top of this and it is then baked. (See Bobotie recipe here) A traditional spicy South African sausage made of beef or lamb. Popular at open-air braais (barbecues), where it is grilled over charcoal. 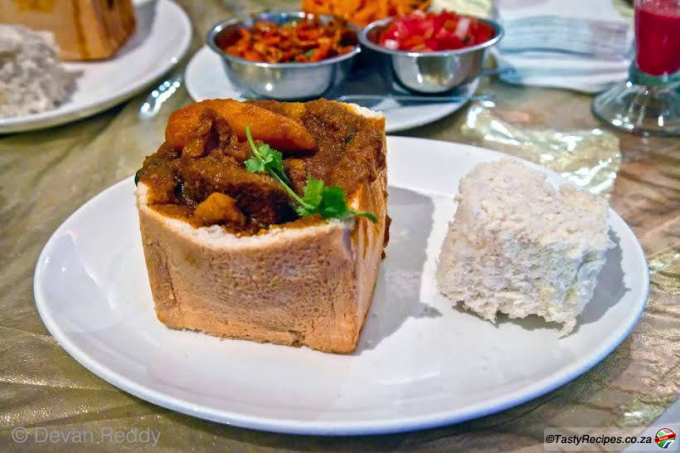 A salad of Indian / Malay origin made of onion, garlic, ginger,green pepper, carrots and cauliflower spiced with chillies and curry.

A delicacy of the Tswana people, this is meat cut into extremely small pieces with the bones removed. The meat is first boiled, then ground before being put back into the pot and stirred until it becomes very fine. A treat for the toothless.

Traditional South African meat balls. Made from tomatoes, onion, minced beef and other ingredients, and shaped into round balls.

A small pickled cucumber, often sliced thinly and used in salads or on hamburgers.

Intestines, especially those of chicken. They are thoroughly cleaned, cooked in boiled water, then fried. Eaten with pap (see below).

Legs of a chicken boiled to remove the hard skin. Thoroughly washed, salted, then fried. Often served to school kids because of their low cost.
Mashonzha Worms, similar to caterpillars in appearance. These establish their habitat in and around mopani trees found in the Lowveld areas of Mpumalanga and Limpopo. Popular with the Shangaans, Vendas and Bapedi of Limpopo.

Tripe, thoroughly cleaned then boiled for two to three hours. Once softened, allowed to simmer before being served with pap (see below).

Wild spinach, the most popular being thepe; delicious when boiled, softened and served with stiff porridge.

Traditional Afrikaner food, generally a rich stew, cooked in a three-legged cast-iron pot over a fire. The word means “little-pot food” in Afrikaans.

A popular South African herbal tea made in the Cape from the Cyclopia genistoides bush. Rooibos is an Afrikaans word meaning “red bush”. Rooibos has no caffeine and less tannin than tea. (See Rooibos Fruit Cake recipe here)

A small, spicy, triangular-shaped pie that has been deep-fried in oil. Made by the Indian and Malay communities, samoosas are popular with South Africans in general. 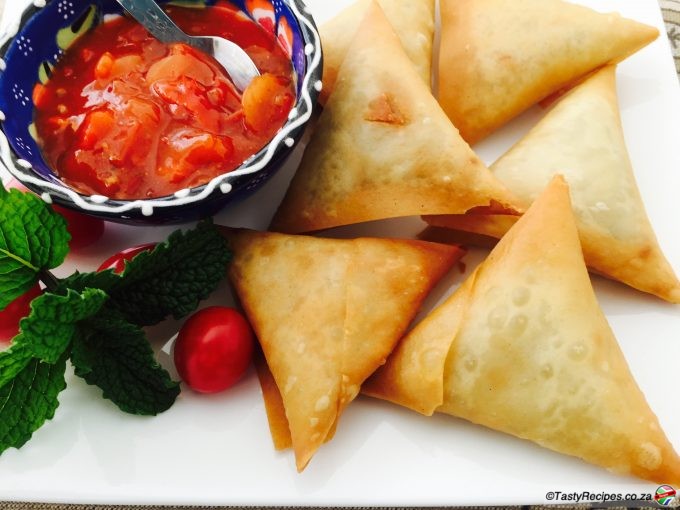 A dish of the Tswana people. Thoroughly washed, then boiled mixture of tripe, intestines and lungs. They are cut into small pieces with a pair of scissors before being spiced to add taste.

This is a popular and tasty fish, caught off the Cape coast and often eaten smoked. If you’re lucky, you may get to experience a snoek braai – a real South African treat. (See Snoek pate recipe here) 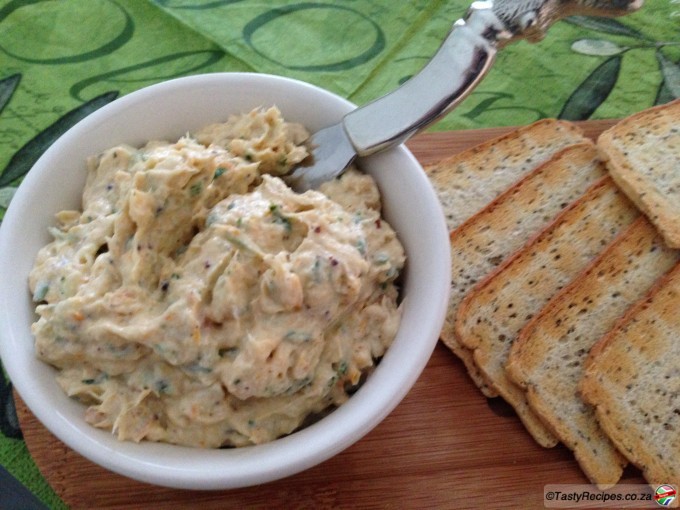 Head of a cow, sheep or goat. The head is first scrubbed with a sharp instrument like a razor to remove skin and unwanted parts like ears and the nose are then cut out. The head is then boiled and allowed to simmer.

A dish favoured by the Tswanas in both South Africa and Botswana. It is a sour porridge made of sorghum – great soft porridge for breakfast!