You can take the Italian out of Italy (and transplant him in South Africa) but you can’t take Italy out of the Italian. To me, Danilo Fioroni is Cape Town’s quintessential Italian, who in spite of the nearly 30 years he’s lived here, still pretty much sounds like he’s fresh off the boat. He’s also the man who helped keep the simplicity of Italy – that I so wanted to recreate when I first moved to South Africa – fresh in my mind and my heart. 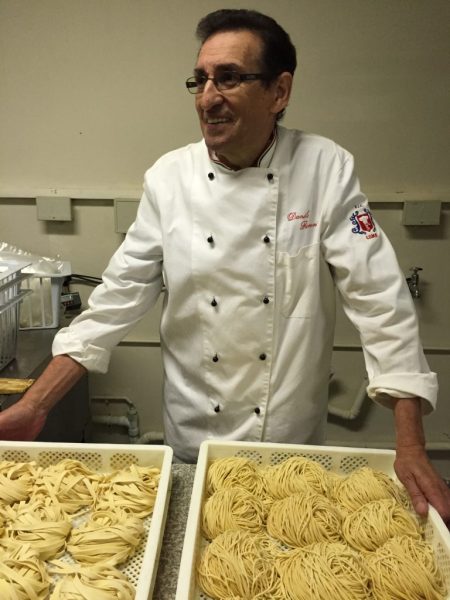 Danilo has been a source of fresh pasta for Cape Town restaurants and homes for over two decades, and I should know: he supplied Rustica, the restaurant my husband and I ran for many years, with delicious fresh panzerotti, ravioli, gnocchi and lasagne sheets. To me, he represented the noble opposite of the South African approach to Italian cuisine, which was all about overcooked pasta and sauces that weren’t always so great.

With Danilo, I could attempt to chat in my rusty half-baked Italian and talk about things like porcini mushrooms and polenta, which at the time, few people in Cape Town were familiar with.

If I had an idea for a filling, he was keen to work with me. Besides his knowledge, the sweet, quiet and unassuming manner he brought to our interactions was always so welcome and appreciated. Danilo grew up in a small village on Lake Como called Carate-Urio, next to the village where a certain suave Hollywood actor known for his practical jokes happens to have a villa.

Danilo and his brother Giuseppe were children of restauranteurs, in fact, they are fifth generation restaurant folk.

The boys lived upstairs from their parents’ restaurant, Ristorante Giardino, and as things still work in much of the old country, Danilo now owns that building which he keeps as a private home: his mother lives on the first floor and Danilo and his daughter own the second floor, where they spend several months of the year.

Giuseppe owns their uncle’s old restaurant and guesthouse, on the other side of the town square, now called Albergo Fioroni. These places are very real to me as Danilo has told me many stories over the years and shown me some of his collection of photographs. In Carate-Urio, there is Italian life that is picture postcard idyllic… and authentic.

When Danilo was a bambino, his friends would play soccer in the streets after school while he and his brother had to help out in the family restaurant.

Danilo helped his father in the kitchen and Giuseppe helped his mother serve. Neither got to play soccer. Danilo used to stand on stools making gnocchi, grating breadcrumbs and parmesan and mincing meat.

“I don’t have much feeling left in my little finger,” he says, referring to a childhood kitchen injury.

At 15, Danilo went to hotel school for chef training near Torino, not far from the French border (his brother became a waiter).

Danilo did it less for the vocation, which he says in those days “was not respected” but for the opportunity to learn many languages.

Soon after he started, one of the chefs challenged him and another student to a gnocchi making competition, claiming that he could make more gnocchi than the two of them put together. Once the chef saw the speed and dexterity of Danilo’s fingers, he withdrew the offer. He was chef de partie, first commis on fish and chef rotisserie at London’s Savoy Hotel for a while and even cooked at The Playboy Club.

Eventually he went home to his family restaurant, first cooking the French classics he had learned (like coquilles St. Jacques), and later returning to his Italian roots, with local dishes and antipasti and fish from the lake.

“In my life, I have cleaned so much fish,” he says.

The business grew, and soon boats were docking at Ristorante Giardino’s jetty, and the brothers were doing about 300 covers a day. Soon after, they started closing the restaurant in winter, and Danilo took some time off, travelling through Mexico and California.

“I started to think that maybe I should go someplace with opposite seasons.”

Cape Town was his next and last stop.

He made friends with some of the other Italians living here, and loved the setting, particularly Sea Point, which reminded him of Lake Como.

In 1995 (the same year we opened Rustica), Danilo opened a shop in Sea Point which sold fresh pasta and gastronomia (prepared Italian dishes).

“I went into pasta because I thought it would be a piece of cake after being a chef,” he says. Danilo’s Pasta was the first of its kind in Cape Town. The first time we went there for an espresso, we thought we’d died and gone to heaven. It was just so very Italian.

Eventually, Danilo moved his operation to a factory, where he could focus on his biggest customers, which were restaurants and hotels.

While he now has machines that he imports from Italy which extrude and shape his pastas through special dies, the approach behind his business is very much old school. It’s all about quality. He tells me things like: “I always roast the meat with the vegetables for my meat ravioli, and then mince them together” and “when you cook lasagne sheets, you must dry the cooked pasta first before you layer it.”

Besides the stuffed pastas he makes – ravioli, panzerotti and many others, including a popular mushroom-shaped pasta for mushroom filling (he is an avid mushroom forager who adds his “magic” porcini powder to fillings for flavour), he makes just about every shape of extruded pasta, lasagne sheets and prepared dishes, like spinach and ricotta cannelloni and tiramisu. He is proud of both the quality and variety of his pastas, which he says are unique in Cape Town, and possibly South Africa.

Other popular fillings – there are at least two dozen — are artichokes, ricotta and spinach, crab and leek, smoked salmon…the list goes on.

His potato gnocchi are delicious and my favourite pasta is his tagliatelle; perfection, particularly when tossed in butter, grated parmesan and black pepper. These days, he’s also making bresaola (air-dried beef), which hangs from the factory ceiling, swinging in natural and ventilated breeze.

It’s for a specific customer, but he’s happy to sell me one (although he tells me I will need to buy a meat slicer). 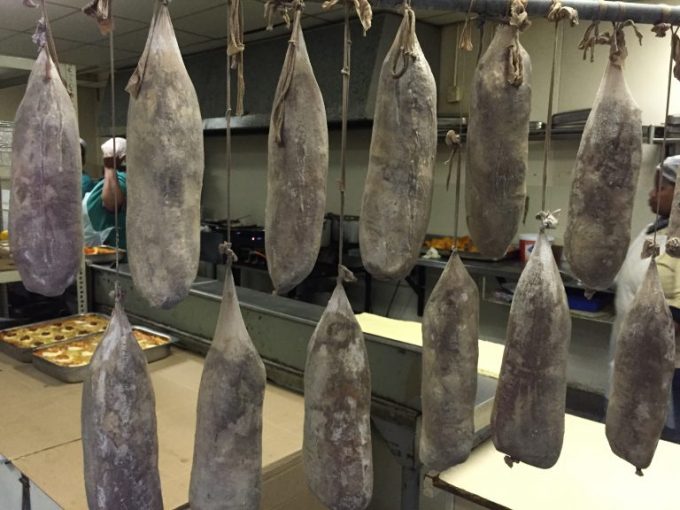 His team are expert pasta makers in their own right now; many have worked for him for over a decade. Which is why he can bask in the sunshine of Lake Como every July and August, and enjoy the wintry festivities of family Christmases.

But while Danilo’s not working as much as he used to, he still knows how to make kickass gnocchi by hand, which he does for me when I visit. Still at lightning speed; and too fast to capture in a photograph, without blurred hand or dough. He sends me off with the hand-made gnocchi, and a box of pasta in different colours and shapes, including fuschia-coloured heart-shaped beetroot pasta, stuffed with artichoke filling. Since I’ve known Danilo, he’s always said goodbye with a warm ‘Ciao’. Not in the way non-Italians flippantly say it, as if it’s theirs…but with all the graciousness, fluidity and warmth that is Italy. It’s something that’s always meant a lot to me.

All photos and words by Ilana Sharlin Stone. Visit her website here: findingumami.capetown

Danilo is happy to supply pasta and pasta dishes to the public. Some items are always in stock; others need to be pre-ordered. Check his site for more info.***