Malva Pudding is a traditional South African dessert generally served with custard. It is made with apricot jam and has a spongy caramelized texture. It is then covered with a cream sauce while it is hot.

It is often found on the dessert menu of South African restaurants. Malva is as entrenched in South African culture as Koeksisters or Melktert. The pudding is often served hot with a pouring Creme Anglaise or Vanilla Ice Cream. There is something so irresistible about this luscious melt-in-your-mouth moist sticky pudding. It is warm, rich and so satisfying! 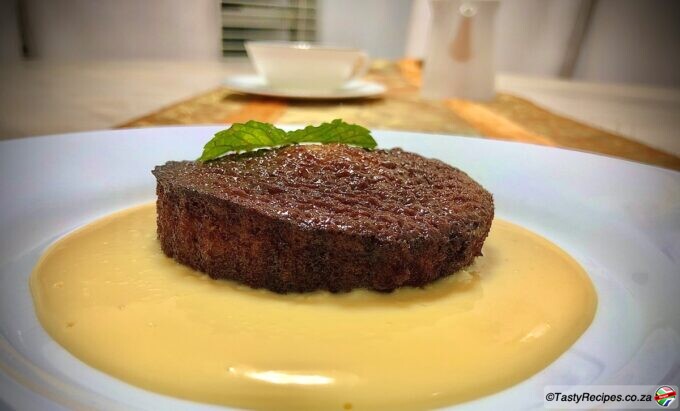 The name in Afrikaans is malvapoeding, which literally means marshmallow pudding.

Malva is also the Afrikaans word for geranium, and some think that malva pudding was originally flavoured with the leaves of the rose-scented geranium called pelargonium, which is native to South Africa.

Although malva pudding has been around for a while, it really became popular when restaurants, started to offer this yummy pudding on their menu.

Sink your fork into this moist sticky delicious and decadent caramelised pudding which has become one of the best South African desserts.