Consider this your invitation to Indian cooking… writes Katrina Rose Wind. We know that Indian cooking can seem intimidating at times especially when you look at a recipe online and are instantly confronted with an extensive list of ingredients and spices, most of which you only just recognise. The reality is, if you have a stocked Indian pantry the recipes become relatively easy and straightforward. The best part is that all of the ingredients in an Indian pantry are interchangeable with other cuisines from around the world. 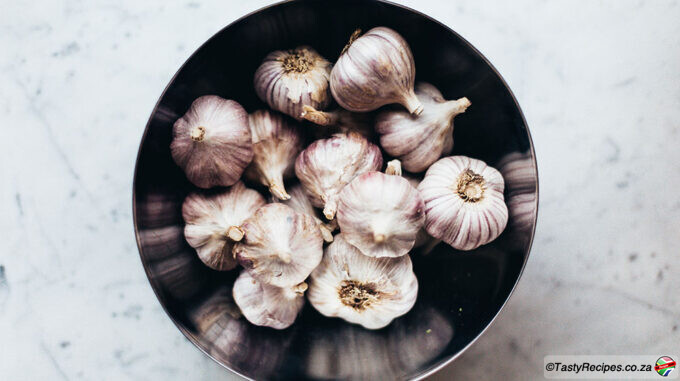 The first thing you need to provide a good foundation to cook Indian food are some pantry staples. This includes a lot of tinned or dried legumes, spices and some other items in-between.

The wonderfully versatile chickpea. In fact, chickpeas are one of India’s biggest exports. Available dried and tinned, chickpeas can be tossed into almost any curry, instantly making it filling and inviting. If you don’t have chickpea flour readily available, dried chickpeas can also be ground into flour. The most iconic chickpea dish in India is chana masala, so if you ever feel like a truly authentic Indian meal, that should be your go-to.

Significant in Indian cooking, lentils are rich in protein, filling and are relatively cheap. Brown, red, or yellow, lentils are a big part of an Indian pantry. If you have ever gone to an Indian restaurant, you have undoubtedly seen a dal on the menu. All it really requires to make is a few spices, lentils and some time and you’ve got yourself a delicious and nutritious meal. This stunning red lentil dal is a great example of how quick it is to make.

These three have a somewhat long shelf-life and can be in your Indian pantry for a while. You can also opt to buy pre-minced ginger and garlic and keep that in the fridge for a while (I do). These three ingredients are frequently used to form the base for Indian dishes and add a strong flavour, fragrance and bite to curries, dals and other dishes.

You can’t have a good chicken tikka masala or a good vegan curry without it! Diced tomatoes are a quick, cheap way to make your curries thick, tasty and filling. Originally brought to India by the Portuguese in the 16th century, tomatoes provide that sourness that gives Indian curries the acidity that is needed to cut through all the heaviness, as well as the heaviness of the rice, chapati, roti, or naan that is served with meals.

Traditionally, South Indian cuisine is cooked with coconut oil and is recommended if you’re deep-frying food like onion bhajis. The flavour of coconut oil can elevate certain Indian dishes but is not required, vegetable oil is perfectly fine to use as well. Coconut milk is most used in coastal areas in India in dishes that have seafood and meat. It’s also a great curry thickener and adds a whole new flavour profile to the mix.

It’s hard to find fresh curry leaves, so if you see a recipe that requires it and you only have dried curry leaves just use double the amount. Curry leaves are important in Indian cooking, they are ground and roasted to be used in spice blends, added to chutneys, fried in oil and other spices for a tadka, which is what gives dals a rich, aromatic flavour.

Normal, all-purpose flour and chickpea flour are both good to have in your Indian pantry. Naans and Rotis are traditionally served with most Indian dishes, and it’s surprisingly not that difficult to make naan. Chickpea flour is also great if you ever decide to make some lentil or chickpea fritters or some savoury pancakes. It’s also a great thickening agent.

Used in a lot of Indian dishes, potatoes have a long shelf-life and are so easy to use. Check out this Aloo Gobi recipe if you don’t believe us, it’s basically just a mixture of spices, potatoes and spinach. It’s a quick, traditional Indian dish that is perfect for any night of the week. Don’t be afraid of the potato, they’ve gotten a bad wrap but they are naturally gluten-free and are also a rich source of antioxidants and vitamin C & B.

This long-grained, fine-textured rice is used in biryanis, as a side dish and other special-occasion rice dishes. When cooked with ghee it brings out a whole new flavour in the rice making it incredibly delicious. 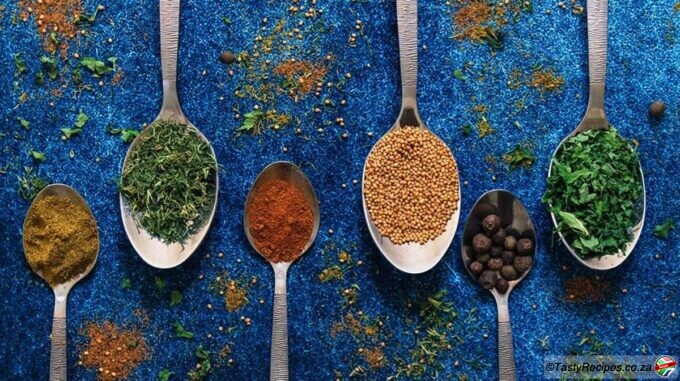 Where would Indian cooking be without spices! The spice trade lured explorers from all over the world to places like India and became one of the most critical traded commodities, driving the world’s economy. Even resulting in the establishment of Cape Town! Spices add an aromatic and flavourful profile to all dishes, and can also be the main reason people are scared to cook Indian food just because of the sheer amount of crucial spices that are needed in dishes. Fret not, we’ve got an extensive list that should keep you on track to having the best Indian pantry out there.

When thrown in hot oil they pop, so be careful when tossing them in. There are three different types of mustard seeds but are all interchangeable and are used in more dishes than you would have thought. They can be used in chutneys, spice powders, pastes and even in achars, which are basically just pickles. Not really a base flavour per se but is considered more of a seasoning that can help liven up rice or lentil dishes.

Filled with antioxidants and nutritional value, turmeric is part of the ginger family and has an earthy flavour and aroma to it. Its yellow colour has been used to dye foods such as chutneys, relishes and pickles. It’s also one of the many spices used to make palak paneer and a lot of other curries, lentil and rice dishes.

Not totally necessary to have in your Indian pantry but great if you have it. The reason being that limes are a perfectly acceptable substitute. Tamarind adds a slightly sour flavour to fish and lamb curries, as well as chutneys. Once opened, it will keep in the refrigerator indefinitely.

The word masala simply means “spices,” and garam means “hot” and that’s a pretty accurate description of what it is. A mixture of toasted, ground spices – no Indian dish would be complete without garam masala. Garam masala is usually added to vegetable dishes, stews, curries and can even be sprinkled over the top just before serving.

For some curry bases, you need whole cumin seeds to be toasted in oil before adding in other spices later in the process. Cumin can be described as having a strong musty, earthy flavour. Ground cumin is also a great addition to a lot of vegetable dishes.

Typically used in most Indian spice blends, cloves have a strong, sweet and almost pungent flavour. The bitter flavour profile of this spice can leave a numbing sensation in the mouth but is used in Indian cooking because of its spicy aroma and rich flavour. It’s perfect for making biryanis. Because of the numbness it creates, it is also an age-old remedy for toothaches!

Cinnamon has a woody, musty and peppery flavour that adds a sweet yet spicy taste to both sweet and savoury dishes, but is used a lot in meat dishes. Whole cinnamon sticks are often infused in sauces and rice as well.

Another spice for your Indian pantry is cardamom. It can be used in Indian cooking in both ground and whole-pod form. The flavour profile is a bit soapy and has some wooden notes, which can be similar to ginger. It is a great addition to kofta curries.

Much like a lot of the other spices on this list, coriander powder is an integral ingredient in spice blends like garam masala. It’s also a perfect addition to curries as its flavour can be almost citrus-like.

Dried or ground, chillies are important in Indian cooking. They add a great deal of depth, if not heat, to your dishes.

Believe it or not, asafetida is part of the carrot family. Commonly used in its powder form, it is has a similar flavour profile to garlic, onions and even meat. It’s a perfect addition to vegetable dishes and lentil dals.

Fenugreek seeds, which come whole and ground, are used to flavour spice blends, curry powders and many dishes and even tea! This spice is known for its bitter, nutty and slightly sweet flavour. It gives a sweetness and depth of flavour to saucy dishes. 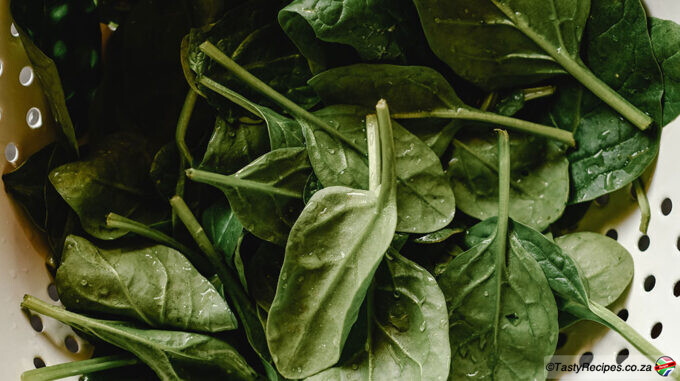 A type of clarified butter, ghee has a brown colour and rich, nutty flavour. Ghee is also lactose-free making it a great source of fat. Because ghee has a uniquely nutty taste, it makes dishes more flavorful than normal butter does. It also has benefits over whole butter in that it has a longer shelf life and a notably higher smoke point.

Can be used in cooking as a coconut milk replacement or as a topping. Yoghurt is crucial in an Indian pantry. Yoghurt is great to tenderise meats as well as give curries a slightly acidic flavour. It can also be used to make the popular Indian drink, lassi and a classic side dish or raita.

Paneer is an Indian cheese made from curdled milk. It is a vegetarian cheese ensuring that no rennet is added. It’s a great substitute for meat in various meat dishes but is mostly used in the popular Indian dish, palak paneer. Mozzarella could be a good replacement if you don’t see paneer at your local grocer.

The flavour of the leaf is distinctive and can be described as almost citrusy. Although ground coriander is used in the actual cooking process, fresh coriander is a great garnish for most Indian dishes.

A lot of curries, stews and other Indian dishes have spinach in them, so it’s always great to have a fresh bag in the fridge at all times. It’s also incredibly good for you, filled with manganese and is an excellent source of vitamin A, vitamin C, AND vitamin K.

This article first appeared on Crush Mag Online and is republished here with kind permission.